The new entry GlobalEye, based on the Bombardier Global 6000, is a leading platform for multi-purpose AEW&C framework

Modern-era activities like intelligence, surveillance and reconnaissance are required to be performed by light, efficient and smart platform to ensure versatility and performance. Many air forces and defense agencies are seeking for executive jets because of their agility and endurance.

“We carefully selected the robust and sophisticated Bombardier Global 6000 aircraft for our airborne surveillance solutions. It brings a perfect balance of technology, operational performance and cost, and is ideally suited to demanding, multi-level operations” said Lars Tossman, Vice President and Head of Surveillance Systems of SAAB.

The avionics of Global 6000 includes:

A new AEW&C solution based on the latest technologies

Let’s start with a definition: AEW&C means Airborne Early Warning & Control, that’s mean an airplane equipped with specific systems to detect and collect information about aircrafts, ships and terrestrial vehicles in the area plus command and control capabilities for the modern warfare.

A famous example of a similar system is the Boeing E-3 Sentry based on the B707 and recognizable for the giant rotating radar-dome built by Westinghouse (now Northrop Grumman) ahead of the tail.

SAAB (the major Swedish defense company) on February 23, 2018 unveiled a new AEW&C system based on the Bombardier Global 6000: the GlobalEye.

The GlobalEye’s project was presented in 2015’s Dubai Air Show and the UAE Air Force has signed a contract for two units of the GlobalEye as initial rollout.

Not only SAAB and Bombardier were involved in the project. In fact, also Leonardo (the major Italian defense and security company) was choosen to equip the GlobalEye with the Leonardo’s Seaspray: an AESA radar (Active Electronically Scanned Array), which means that “instead of the radar physically pointing its antenna at a target, a matrix of miniature radar modules are used to steer the beam electronically“. The advantages are includes high performance, ultra-competitive levels of reliability and easy to operate. The Seaspray is in fact already used by US Coast Guard, US Navy, UK Armed Forces, Italian Air Force, Norway Search and Rescue and Bangladesh Navy.

The GlobalEye is the game changer in AEW&C solutions thanks to multiple partnership between leading companies to make defense smarter and keeping the world safer. 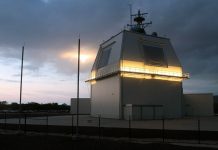 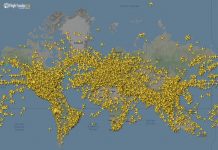 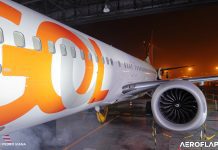 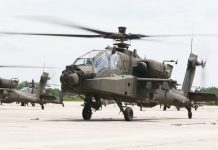 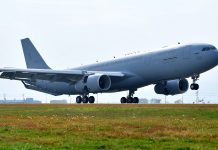