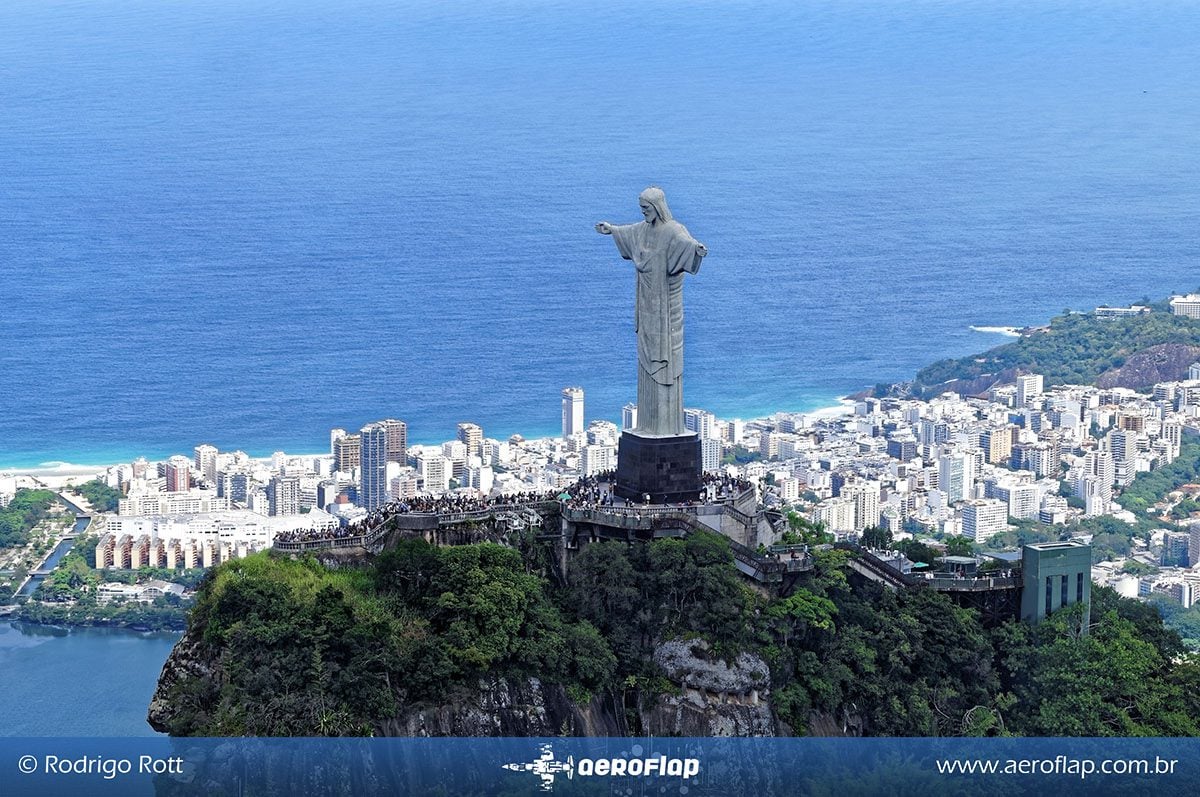 In our passage through Rio de Janeiro, during IBAS, I decided to know Rio de Janeiro from above, so I met the company of Comandante Nobre and its travel agency that operates helicopters for panoramic flights and air taxi services such as brides, executives and others.

We always have the idea that flying helicopter over cities like Rio de Janeiro is something very expensive. It is not cheap, but also not absurdly dear.

Talking with him about the daily life of a helicopter pilot, he said that in some cases people seeking this kind of service to know Rio from above, are couples or singles, and there are people who have tried to make requests for Marriages, obviously I asked curiously if they had more people accepting or denying the request, and according to him, only one had a request denied.

He also said every flight is like the first, and have as an office a helicopter flying over the wonders of Rio is a great profession.

I will pass on to you the types of flights and its costs, for people who want to make this kind of flight have an idea of how it works:

RIO 40 GRAUS – With a half-hour ride, Comandante Nobre takes its passengers to an incredible 30-minute flight over the main sights of Rio de Janeiro, passing near the Cristo Redentor, Sugar Loaf, Pedra da Gávea, besides the main and most famous beaches in the city.
All this for R$ 600.00.

GAROTA DE IPANEMA – In this tour the flight over Rio de Janeiro lasts 45 minutes, contemplating far beyond the classic tourist spots. Passengers will be able to admire points of Rio and Niterói, such as the sambódromo, the favela of Rocinha and Vidigal, besides the Museum of Contemporary Art and much more.
The cost of this tour is R$ 900.00.

CIDADE MARAVILHOSA – During a 60-minute flight you can get to know all the thousand charms of Rio de Janeiro. Passengers have the opportunity to admire some of the most beautiful and paradisiacal beaches of the state of Rio de Janeiro, such as Urca beach, Prainha and São Conrado. Besides, of course, all the sights of Rio de Janeiro and Niteroi.
The one hour ride costs R$ 1200.00.

DATAS ESPECIAIS / SPECIAL DATES – The tour of special dates counts the duration of 30 minutes of flight, with the right to the itinerary of the tour “Rio 40 Graus”, with the advantage of having VIP services, such as a baby bottle of sparkling wine, bouquet of flowers, professional photographer and a edited video with the best moments of the tour.
The value of all this service is R$ 1850.00.

See below a video produced exclusively by Aeroflap: